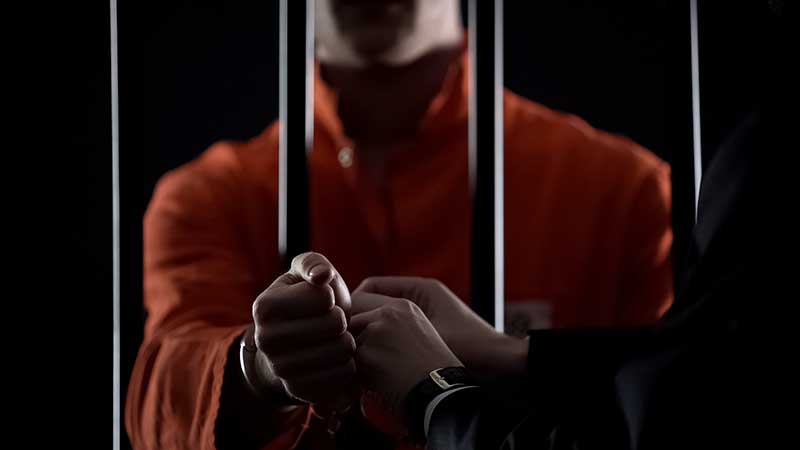 What is the best method for getting bailed out of jail in the Los Angeles County areas? This is almost always the first question my clients have after being taken into custody! In fact, most just want out as fast as possible, as in, RIGHT NOW! Most don’t care about the method of bail, just so long as they can get out fast! Unfortunately, after being arrested and charged with a crime, it’s just not that quick and easy to obtain bail and be released! Also, as difficult as the situation may be, the very best advice I can give is to please be patient. Also, take a moment to read this through. In fact, call me right now, because arranging bail requires some important decisions. Depending on the charges and specific circumstances, it may be a complete waste of time and money to obtain immediate release by paying bail. We really must talk as soon as possible. Contact me by phone 818-746-9210.

Information You Will Need to Arrange Bail

When this page was originally published back in 2014, the average bail in our Los Angeles area was generally over $20,000, and often $50,000 or more. Depending on the amount of the bail, the cheapest and best method of arranging bail is to pay the entire bail amount, without a bail bondsman. As long as the defendant shows up to all their court appearances, the bail money will be returned after the case is resolved. If there are no funds available to self pay the bail, a bondsman can be used for an unrecoverable amount of around 10%. Many times I can get this reduced to 8%. This can make a big difference. For example, if the total bail is $50,000, the arrestee would typically pay the bondsman $5000. At 8%, the payment is reduced to $4,000. Whether the payment is $5,000, or $4,000, it is not refunded at the end of the case.  Before running to the bank or getting out your checkbook, please remember my best advice and, be patient. I know this is very difficult, but patience will win the day and often save lots of money! Contact me today for a free preliminary consultation.

Can Bail Be Reduced?

If you hire me as your criminal defense attorney, there’s a reasonable chance that I can work out a bail reduction. Depending on the charges and circumstances, I’ve often been successful with this in the past. Unfortunately it takes a day or two It usually depends on the day of the week and how soon we can arrange a bail hearing. No matter what the circumstances, the best decision with regard to bail is to allow your lawyer the opportunity to take action. It could save a great deal of money. There are also circumstances that might allow for release from jail, including a documented medical condition.

Does It Ever Make Sense to Remain In Jail

Ultimately, I almost always advise arranging bail, but not until after we have our first preliminary FREE consultation. While it could mean sitting in jail for a day or two, it will be well worth it if I can negotiate a reduced bail amount! Instead of wasting extra money on higher bail costs, put the money to much better use by hiring the best criminal defense attorney possible!

There are some circumstances when your criminal defense attorney might advise against arranging and posting bail. If funds are limited and needed to support your family by providing necessities including food and shelter, it might make better sense to remain in custody. If the client has a lengthy criminal record, is on probation or parole, or considering a prison sentence, it might be better to remain in jail. Importantly, any time spent in jail before the case is concluded is credited against any eventual sentence.

In Los Angeles County, the average misdemeanor case can take several months to resolve. A felony often takes even longer. If bail is set at $50K and cost to post bond is between $4K and $5K, will the defendant earn at least that much while out on bail? If the answer is yes, posting bail makes good sense. Employment is another crucial consideration. If you will lose a good job while remaining in jail to fight your case, it’s a good idea to post bail. An experience, competent attorney can often assist in bail reductions or obtaining the client’s release without bail. Please remember, I offer a free initial consultation to discuss all potential options, enabling my clients to make some important family decisions about how to proceed. Contact me right now! Even if I’m in court, if you email me, I can respond very quickly, usually within minutes!