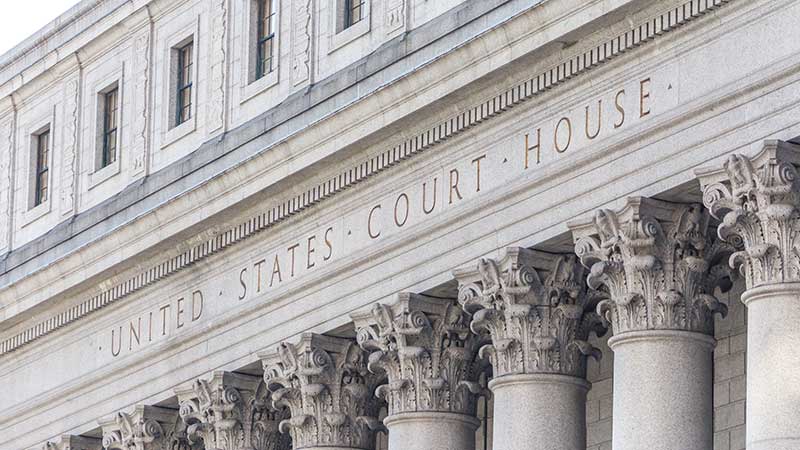 Because this topic is often confusing, today we’ll try to help shed some light on the difference between federal or state court prosecutions. There are two kinds of courts in California that hear criminal cases, federal courts and state courts.

The vast majority of criminal cases involve violations of California law and are tried in the Superior Courts of the State of California. It might be surprising to many people that where the case is filed rarely has anything to do with the seriousness of the offense. It has to do with the type of case and victim and where the conduct occurred.

Federal Cases Federal court jurisdiction is specifically limited to the types of cases listed in the Constitution and specifically provided for by Congress. Criminal cases involving federal laws can be tried only in federal court. Examples include federal laws relating to robbery, such as the law that makes it a federal crime to rob a bank whose deposits are insured by a federal agency. Accordingly, federal courts will hear most bank robbery prosecutions. Examples of other federal crimes are bringing illegal drugs into the country or across state lines and use of the U.S. mails to swindle consumers. If you need an attorney with extensive federal court experience, contact Criminal Defense Attorney James Gregory today.

State Cases
State courts, in contrast, have broad jurisdiction, so the criminal cases individual citizens are most likely to be involved in, such as felonies including robberies, home burglaries, and theft offenses, and misdemeanors including theft offenses, family violence, and traffic violations, as well as vehicle infractions, are usually tried in state courts. State courts cannot resolve violations of federal statutes. In many cases, both federal and state courts have criminal jurisdiction. If so, federal prosecutors can choose whether to file cases in federal court or refer the case to state court prosecutors. For instance, bank robberies and certain drug offenses violate both federal and state laws. It is up to the prosecuting agencies to determine where to file these cases.

Facing Criminal Charges in Federal Court
Federal cases are often uniquely complicated and always require attorneys with substantial federal court experience. Criminal Defense Attorney James Gregory has represented clients in some of the most complex and serious criminal prosecutions in the State of California, including Federal Death Penalty Cases. He has been appointed as Learned Counsel by Federal Court Judges on three major Capital cases. If you facing criminal charges in state or federal court, you need an attorney with the background and track record to provide the best representation possible. Contact Attorney James Gregory Today